Features of our DC Contactors 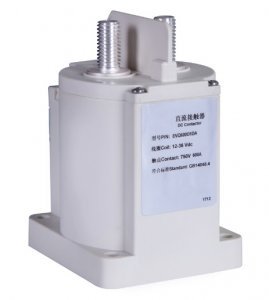 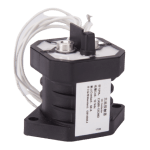 ZJQ Series is the lowest cost contactors designed for low voltage under 450Vdc. 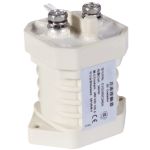 EVQ Series is the most popular High current DC contactors.

EVH Series is the most high performance and reliable DC contactors

We realize that your critical application could require a highly specialized contactor, our experienced technical sales team and engineers will be pleased to develop the solution optimized for your needs.

DC contactor as a key EV parts, it is used to switch power of DC loads supplied by the traction battery in an EV. It is critical both for safety and stability. Based on defective free principle, HOTSON strictly control the quality through whole process, beginning from raw material inspection, onsite sampling check during production, and 100% tested before package.

Before choose the suitable DC contactor for your application, there are some questions or knowledge about DC contactors you may want to know, we prepared some articles for you and more to coming,so enjoy read…

What is the difference between AC and DC contactor?

What is the difference between relay and contactor?

DC contactor is an electromechanical device using low voltage to remotely control the on/off switch of high voltage DC circuit; it switches on and off the current to protect against electric shock, fire, equipment damage, etc. Mostly it is designed as Normally Open (Form A), when the coil is energized it creates a magnetic that pulls in the plunger, SPST (Single pole single thread), and with optional auxiliary contact. High voltage DC contactor is the core component of new energy vehicles, usually used to switch DC power to any of the loads supplied by the traction battery in EV. It’s also widely used in charging station, energy storage, and photovoltaic and wind power system.

The features of DC contactor are small size, light weight, reliable and safe with arc extinguishing.

The Structure of DC Contactor

Electromagnetic system, it includes coil, movable iron core, yoke iron, magnetic conductive sheet. The electromagnet (or coil) provides the driving force to close the contacts. The enclosure is a frame housing the contacts and electromagnet. Enclosures are made of insulating materials to protect and insulate the contacts and provide measures of protection against personnel touching.

Arc extinguishing system/magnetic blowout use blowout coils to lengthen and move the electric arc. When DC contactor disconnects large DC current, the arc will be difficult to be extinguished, it producing a strong arc. In order to extinguish the arc quickly, we use magnetic blowing arc-extinguishing equipment.

Sometimes an economizer circuit is also installed to reduce the power required to keep a contactor closed. Such a circuit can save substantial amount of power and allow the energized coil to stay cooler. 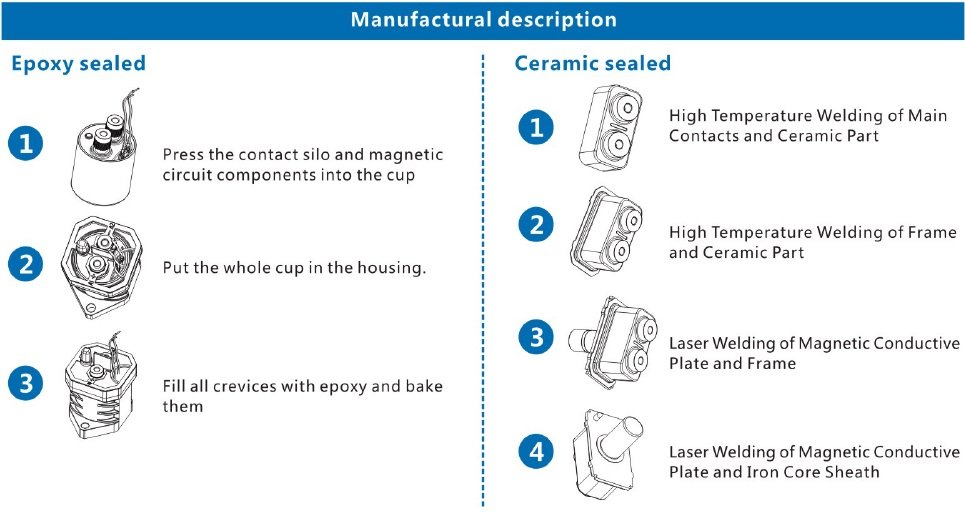 We are proudly to show our patent structure of auxiliary contact below: 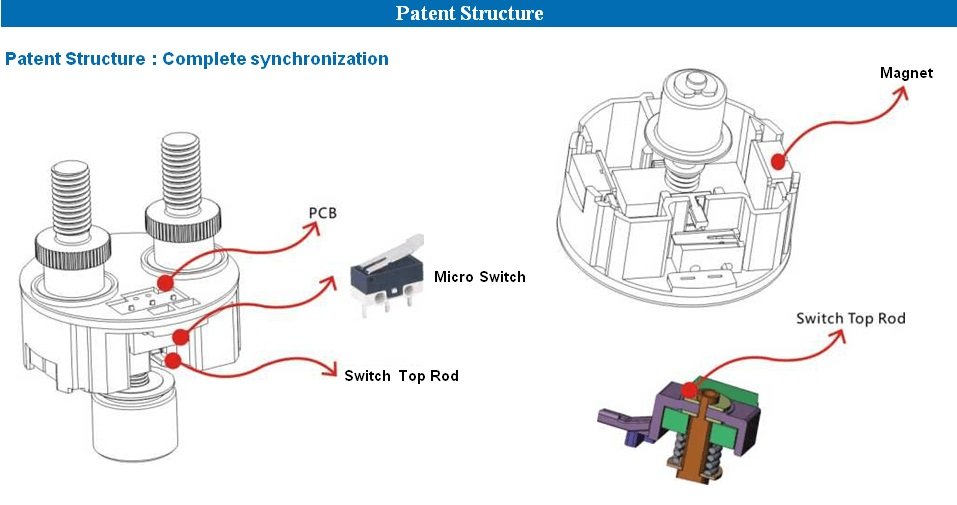 The new energy industry is mainly based on direct current. HOTSON’s high-volatge DC contactors  are mainly developed for the new energy industry. They use epoxy or ceramic sealed structure, and the contact chamber is filled with a Nitrogen/hydrogen gas mixture. Combined with magnetic blowout, the shape can be smaller. The narrow contact gap can also ensure efficient and safe cut-off of load voltages up to 1500VDC; compact structure, low working noise, high safety, zero arc flash, and contact system sealed in reducing gas, can be used in harsh environments.

What is the difference between AC and DC contactor?

For high voltage contactors, apart from control current, they must also be distinguished by contacts. When the contacts are DC, the DC divides the positive and negative poles, and the generated arc stabilizes in the same direction. The magnetic blowing process is used to quickly extinguish Arc, and the contact adopts the magnetic blowout arc extinguishing process as a DC contactor. When the contacts are AC, the AC is non-polar, the generated arc and direction are weak and self-extinguishing and unstable. The anti-arc leakage process can be an AC contactor. 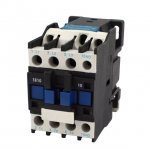 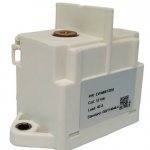 1.The main differences between AC contactors and DC contactors: It’s the iron core and the coil.

The core of the AC contactor generates eddy current and hysteresis loss, while the DC contactor has no core loss. Therefore, iron core of AC contactor is usually made of silicon steel sheet insulated from each other, and it’s made into E shape. The DC contactor iron core can be a whole piece of cast steel, and most of them are U-shaped.

The coil of the DC circuit has no inductive reactance, so the coil has many turns, large resistance, and large copper loss. Therefore, the coil itself is mainly heated. In order to make the coil good heat dissipation, the coil is usually made into a long and thin cylindrical shape.

The AC contactor coil has a small number of turns and low resistance, but the iron core generates heat. The coil is generally made into a thick and short cylindrical shape with a certain gap between it and the iron core to facilitate heat dissipation and prevent the coil from being damaged by heat. Therefore, the coil itself is mainly heated. In order to make the coil good heat dissipation, the coil is usually made into a long and thin cylindrical shape.

2.As the AC contactor passes single-phase AC power, in order to eliminate the vibration and noise generated by the electromagnet, a short-circuit ring is embedded on the surface of the static iron core, while the DC contactor is not required.

The AC contactor can replace the DC contactor in emergency, and the pull-in time cannot exceed 2 hours (because the heat dissipation of the AC coil is worse than that of the DC, which is determined by their structure), it is best to use the AC coil for a long time A resistor is connected in the middle of the string, but the DC contact cannot be used instead.

What is the difference between relay and contactor?

Relays and contactors perform the same task of switching a circuit. Both are electromagnetic switches and operate under similar principles. The difference comes if we see from the application perspective. Contactors are used for high voltage switching purposes whereas relays are used for low voltage switching. The function of the contactor is mainly to connect and disconnect the main circuit. The main function of the relay is suitable for signal detection, conversion and transmission. Both components are very important for the design of the circuit.

The interface of control signals between devices of different voltage levels. The contact carrying capacity is generally small and is used to drive electrical components such as contactors.

A relay is an electrical control device. It has the interactive relationship between the control system (also called input loop) and the controlled system (also called output loop). Usually used in automated control circuits, it is actually an “automatic switch” that uses small currents to control high current operations. Therefore, it plays the role of automatic adjustment, safety protection, and conversion circuit in the circuit.

Relays are generally used in electrical control circuits to amplify the contact capacity of miniature or small relays to drive larger loads. For example, you can use the contacts of the relay to switch on or off the contactor’s coil. Generally, the relay has more opening and closing contacts. Of course, the relay can also achieve some special functions, such as logic operations, through proper connection. 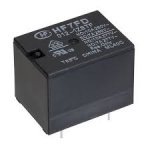 The contactor is used to switch on or off the load with higher power. It is used in the (power) main circuit. The main contact may have interlocking contacts to indicate the opening and closing state of the main contact.

The function of the contactor is to use a small current to control a large current load, which can be remotely controlled, and at the same time, it can be self-locked and interlocked to prevent accidents caused by malfunction. The small current control makes the protection circuit simple and reliable.

Difference between contactor and relay

Relays: used for control circuits, low current, no arc extinguishing device, can operate under the action of electricity or non-electricity, a relay often has several pairs of normally open / normally closed nodes, which can be used for different control loops, its nodes cannot pass high current, generally not used in power circuits.

The principle of the contactor is the same as that of the voltage relay, except that the load power controlled by the contactor is large, so the volume is also large. AC contactors are widely used as power interruption and control circuits. The relay is a small-signal control electrical appliance, which is used for motor protection or automatic control of various production machines.

The above is the difference between contactors and relays, as well as their respective structures and functions. I believe that you already have a general understanding of contactors and relays, so that when you choose, you can choose according to actual needs. HOTSON provides you with many selections of DC contactors, rating current from 10amps to 600amps, coil voltage with 12V, 24V, 48V, and rating voltage from 12V-1500V.